Ballet in Small Spaces (BiSS) makes and presents ballet based work for small and unconventional spaces in response to its local environment.  As well as refining an understanding of ballet’s form and expression, it aims to reach out to a wider audience, tapping into local enthusiasm for dance through performances, classes and projects, and drawing in dancers at all stages of development from young students to mature professionals.   BiSS is run by Susie Crow, Oxford based dance artist, choreographer and teacher. 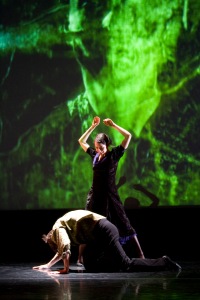 Susie Crow danced for 12 years with the Royal Ballet and Sadler’s Wells Royal Ballet (SWRB), becoming a soloist with a wide range of roles.  She has made ballets for SWRB, Dance Advance, National Youth Dance Company and was twice a finalist in the Madrid Choreographic Competition.  Susie collaborated with composer Tom Armstrong on FIBBA for National Youth Ballet in 2000, and again in 2007 with Tom and film maker Zara Waldeback on Black Maria, shown at the Lilian Baylis Theatre.  Now based in Oxford she choreographs, devises projects and teaches students, adults and professionals under the name of Ballet in Small Spaces (BiSS).

BiSS works and projects include ‘Stravinsky in Miniature’ at the Holywell Music Room in 2004; St Edward’s Arts Programme ‘Dance and Music Showcase’ with works combining professional and student dancers and musicians in 2005; performances of Long Hot Summer at Dancin’ Oxford, OxDox Documentary Film Festival, and in London in 2007.  In 2008/9 Susie curated two editions of ‘The Solos Project’ at the Burton Taylor Studio.  She collaborated with composer Jeremy Thurlow on That Second Realm for the Dante Project at Robinson College Cambridge in 2009, and further performances in 2010 at Cambridge Summer Music Festival and Mansfield College Chapel included a new piece to Roxana Panufnik’s This Paradise.  In 2011 Inside Out and Commedia supported by Grants for the Arts and The Exuberant Trust were performed in Wellingborough, Oxford, Chipping Norton and Didcot. 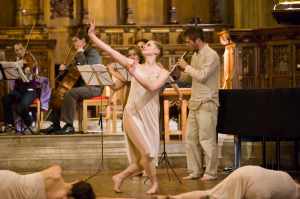 Laura Addison and David Currington in That Second Realm: photo by Mark Brome

Explorations in improvisation with musician/composer Malcolm Atkins led to their collaboration with visual artists, and the formation of the DEC Drawing Dance Group, exploring the interactions between their media through improvised performance and video projection via a residency at OVADA Gallery in 2010, performances at 2011 Cohesion Festival, the Story Museum, and Luminous Shadows at the Old Fire Station in 2013. 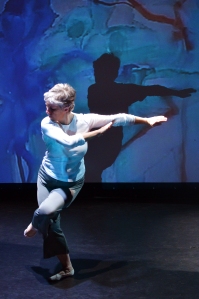 Susie participated in Jennifer Jackson’s mature dancers’ project Dancing the Invisible – Late Work with performances at The Ivy Arts Centre Guildford, Roehampton University and GOlive Festival in 2012/13.  In April 2014 Two old instruments, her collaboration with viola da gamba player Jonathan Rees premiered as part of ‘Visible Music’ with performances in Bristol, Shoreditch, Oxford and St Helen’s.  From 2013-16 she was part of the Avid for Ovid group which emerged out of the Oxford University research project Ancient Dance in Modern Dancers.  She has since then also taught and coached members of Yorke Dance Project in revivals of Kenneth MacMillan’s Sea of Troubles and Playground of which she was an original cast member.

Susie has an MA in Dance Studies from University of Surrey and a Certificate of Teaching and Learning in Higher and Professional Education from the University of London’s Institute of Education.   From 1996 she worked in partnership with Jennifer Jackson on Ballet Independents’ Group projects including choreographic courses and research, and the BIG Discussion Forum; she moderates the popular blog Oxford Dance Writers which has now been running for more than 10 years. She has recently successfully completed a PhD at the University of Roehampton to become Dr Crow, her thesis entitled “The Ballet Class: Educating Creative Dance Artists?”.  Emerging from this and the experience of dancing and teaching under lockdown, she is currently developing a creative project of technical studies for online dissemination.

For further information about Ballet in Small Spaces projects up to 2011: